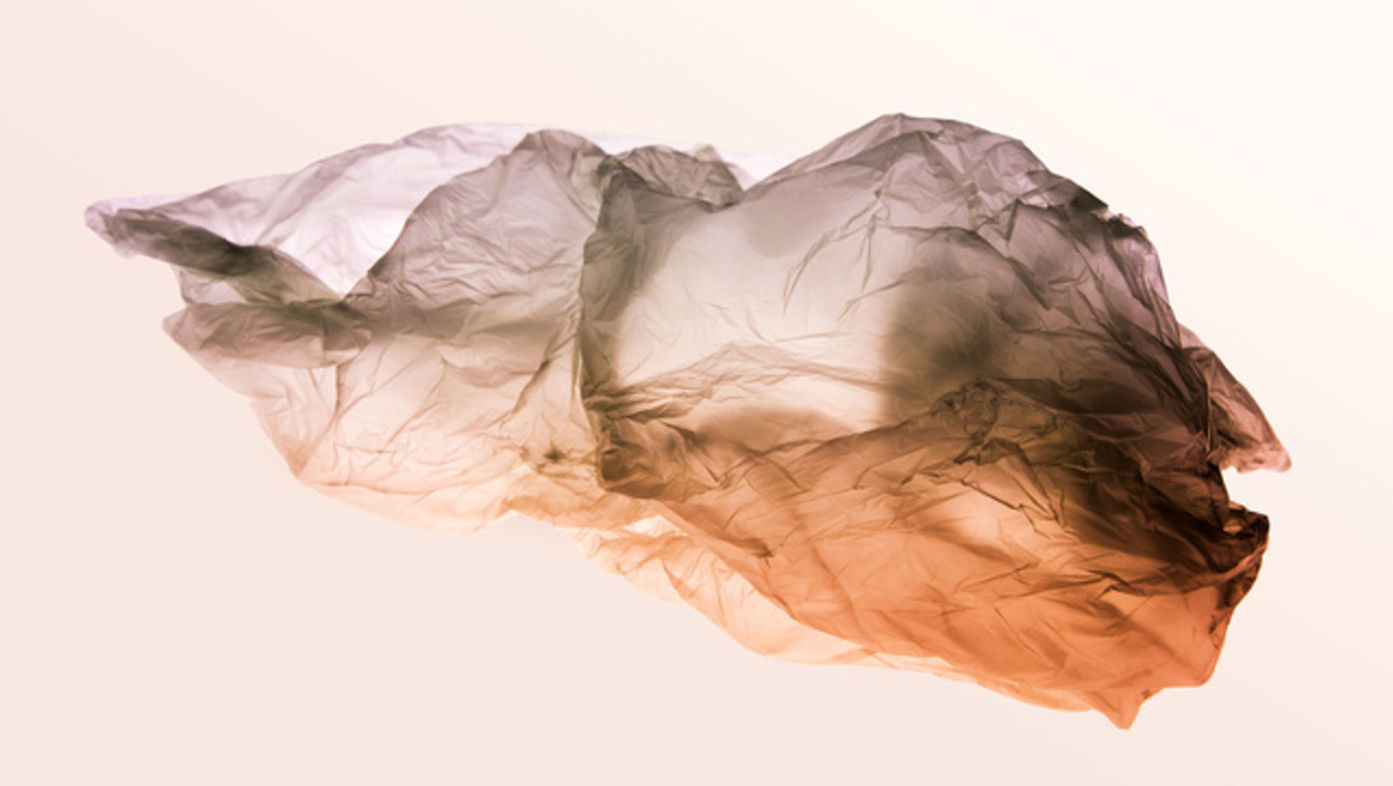 Los Angeles-based feminist, artist and educator, Naomi White, works on ideas at the intersection of ecology and photography. Her projects often depict plastic bags, transforming these everyday carriers of goods into symbols of our incessant material needs and environmental irresponsibility. Sometimes they acquire an ethereal tone, morphing into something natural, even sublime.

In “Plastic Currents”, the unremarkable plastic bag is transformed by light from something all-too familiar into something strange. “Undulating and fluid these forms transition from non-biodegradable, reviled plastic bags into seemingly organic forms imitating the very nature they threaten. I am interested in the way plastic responds to touch, its surface, its weight, how it clings to lighter elements like lint and dirt through static electricity, and the way each bag is its own marvel. By isolating plastic bags, icons of waste and convenience, we are asked to consider our role in their effects, but also to question the transformative power of the photograph and its ability to reconcile a simple bag into something otherworldly, full of possibilities.”

White’s series Plastic Currents won the Objects of Desire Award through PDN magazine, and is included in the permanent collection at Saatchi.

Learn More About The Artist