The Rich and Curious History of the MacArthur Place Estate: Part 2 – The Sonoma Estate Is Established 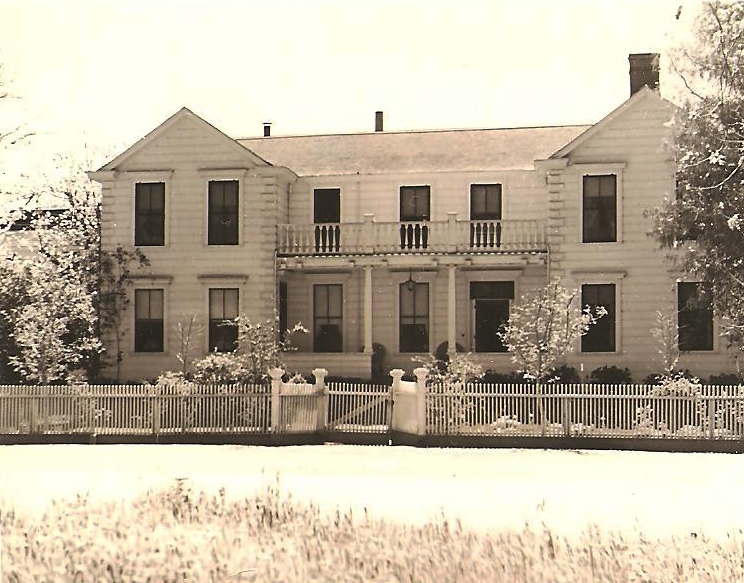 When David Burris established MacArthur Place, it was over 300 acres and had a direct view onto Sonoma Square and its brand new City Hall. The property’s 10 room family house – still standing today ‐ was already on the property, having been constructed sometime in the 1850s using wooden pegs and rectangular nails (modern round nails weren’t commonly used until the 1880s or so). And, of course, it wasn’t known as MacArthur Place then. It was known simply as the Burris Estate. The name “MacArthur Place” came over a century later in reference to the property’s location on MacArthur St., which was itself ‐ like literally hundreds of other streets, parks, and schools across the country at the time ‐ named as a show of post‐war patriotism in honor of General Douglas MacArthur. (Whether the general himself ever visited his namesake street in Sonoma is unknown… and probably unlikely).

At his new home, David Burris, his wife Julia, and their ten children tended cattle and grew a variety of crops, fruit trees, and grape vines. They also raised prize trotters, which were by all accounts the Burris family’s greatest joy, and why to this day the image of a horse is so indelibly linked to these grounds.

Having already achieved considerable wealth and success, it wouldn’t have been surprising if, at this point in his life, David Burris had lived the rest of his days in quiet retirement. But, as if his agricultural enterprises and ten children weren’t enough to keep him busy, he decided to establish Sonoma’s first bank in the library of his estate. Here, he helped bankroll the fledgling vineyards in the area, secured loans for local business, and provided a much‐needed backing to the growing region. Before long, he moved operations to the town plaza and established Sonoma Valley Bank, of which he served as president for the years before his death in 1904 at the age of 80.

You can still see the historic bank building on the Square today.  The building has been many things over the years, but it’s a bank again! It is now a Union Bank, located on the Southeast Corner of the Square across from City Hall.

MacArthur Place Lives On At The Center Of The Sonoma Community

Following David Burris’ death, five generations of his family continued to occupy the property, maintaining the gardens, cultivating the vineyards, and raising horses. With so many Burris descendants in the community, the Burris house in many ways became the “backyard” of Sonoma and part of everyone’s life who grew up there. They played on the grounds as children, hung out in the farmhouse as teenagers, and returned as adults to attend the many parties and gatherings hosted by the Burris clan.

In fact, it could be said the tradition of hospitality at MacArthur Place began well before it was ever a hotel, especially during the 50’s and 60’s when Franklin Burris and his wife Leilani became famous for throwing outrageous, Hawaiian‐style luaus by the swimming pool they had installed at the center of the garden grounds. Looking at photos from the era, you’ll see women in classic Lilly Pulitzer shift dresses, lavish floating flower arrangements in the pool, and exotic cocktails being served out of a swanky, mid‐century pool house. The family had come a long way since young David Burris arrived on horseback to seek his fortune over a century earlier.

Guide to a Non-Traditional Sonoma Harvest